Blog - Latest News
You are here: Home1 / Types and differences of PVC plasticizers 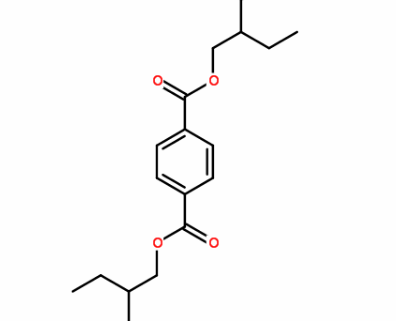 Fatty acid esters have good low-temperature properties, but poor solubility with PVC, so they can only be used as cold resistant by-products and phthalate esters. The most commonly used varieties are dioctyl adipate and dioctyl sebacate.

Dioctyl adipate (DOA) is a colorless, odorless liquid, non-toxic, soluble in most organic solvents, slightly soluble in glycol, insoluble in water. The critical plasticizing temperature of DOA for PVC is 12l-125 ℃. 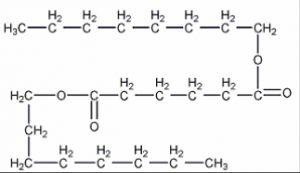 Diisodecyl adipate (DIDA) is a clear and easy flowing oil like liquid.

Phthalic acid is the most widely used main plasticizer at present. It has many varieties and high yield. It has the characteristics of light color, low toxicity, good electrical performance, small volatile, less odor and general low temperature resistance. At present, the consumption of phthalates accounts for 80-85% of the total consumption of plasticizers, among which dioctyl phthalate and diisooctyl phthalate are the most commonly used. 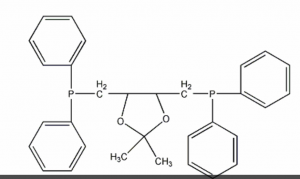 Diisodecyl phthalate (DIDP) viscous liquid, soluble in most organic solvents and hydrocarbons, insoluble or slightly soluble in glycerol, glycol and some amines. It is less volatile than DOP. It is a low volatile plasticizer with good electrical properties but poor solubility.

The volatility of DINP is only half of that of DOP at high temperature.

Dioctyl Terephthalate (DOTP) is a little yellow transparent liquid with aromatic smell, which is soluble in most organic solvents and hydrocarbons. The critical plasticizing temperature of DOTP for PVC is 150 ℃. DOTP is now the most widely used in PVC gloves that can be acceptable by Food contact. It has below details. 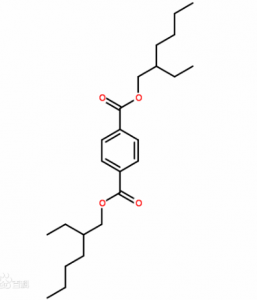 Dibutyl phthalate (DBP) is a colorless transparent liquid with aromatic smell, which is soluble in most organic solvents and hydrocarbons. The critical plasticizing temperature of DBP for PVC is 90-95 ℃.

Diisobutyl phthalate (DIBP) is a colorless and transparent liquid. When DiBP was used in PVC agricultural film, it was found that rice seedlings were rotten due to its precipitation.

Butylbenzyl phthalate (BBP) is a transparent oily liquid, soluble in organic solvents and hydrocarbons, but insoluble in water. The critical plasticizing temperature of BBP for PVC was 96-100 ℃.

Dimethyl phthalate (DMP) is a colorless oily liquid with aromatic odor. It is insoluble in water at room temperature and miscible with aliphatic hydrocarbons. It is miscible with most resins

Diethyl phthalate (DEP) is a colorless, oily liquid, non-toxic, with a slight aromatic odor, and soluble in most organic solvents.

Dicyclohexyl phthalate (DCHP) is a white crystalline powder with aromatic odor. It is soluble in most organic solvents, completely soluble in hot gasoline and mineral oil, and slightly soluble in glycol and some amines.

Triphenyl phosphate (TPP) is a white needle like crystal with slight aromatic smell, which is slightly soluble in ethanol, ether, benzene, chloroform and acetone.

Epoxy plasticizer is a kind of additive widely used in recent years. It can not only absorb the hydrogen chloride released by the decomposition of PVC resin, but also dissolve with PVC resin. Therefore, it is both a plasticizer and a stabilizer. It is mainly used as a side plasticizer for PVC products with high weather resistance. Its main varieties are epoxy soybean oil, epoxy fatty acid octyl ester and so on.

Chlorinated paraffin is a kind of golden yellow or amber viscous liquid, nonflammable and extremely volatile. Soluble in most organic solvents, insoluble in water and ethanol. When heated above 120 ℃, it will decompose and give off hydrogen chloride. Metal oxides such as iron and zinc promote their decomposition. The flame retardancy of chlorinated paraffin with higher chlorine content is also better.

Chlorohydrocarbon-50. It is a clear and viscous liquid. It is tasteless, nontoxic, nonflammable, insoluble in water, slightly soluble in alcohol, and easily soluble in benzene and ether.

The main polyol esters are dipentaerythritol ester and ethylene glycol ester. Dipentaerythritol ester is an excellent heat-resistant plasticizer with low volatility, good extraction resistance, difficult thermal decomposition and oxidation, and good electrical insulation performance. It is suitable for high-temperature wire insulation formula, but it is expensive. Ethylene glycol ester has good cold resistance, but its color is dark and volatile.

It is usually used in combination with phthalate esters as main plasticizers. Polyester is mainly used in automobiles, wires and cables, refrigerators and other long-term products. Native varieties are adipic acid, sebacic acid and other aliphatic dicarboxylic acid and diethylene glycol, propylene glycol, butanediol and other diols condensation of low molecular weight polyester. Trimellitic acid ester is a kind of plasticizer with excellent properties, which has the advantages of both monomer plasticizer and polymerized plasticizer. Low volatility, low mobility, extraction resistance and durability are similar to polyester plasticizers, while miscibility, additivity and low temperature resistance are similar to phthalic acid esters.

Want to join the discussion?
Feel free to contribute!

We may request cookies to be set on your device. We use cookies to let us know when you visit our websites, how you interact with us, to enrich your user experience, and to customize your relationship with our website.

Click on the different category headings to find out more. You can also change some of your preferences. Note that blocking some types of cookies may impact your experience on our websites and the services we are able to offer.

These cookies are strictly necessary to provide you with services available through our website and to use some of its features.

Because these cookies are strictly necessary to deliver the website, refuseing them will have impact how our site functions. You always can block or delete cookies by changing your browser settings and force blocking all cookies on this website. But this will always prompt you to accept/refuse cookies when revisiting our site.

We fully respect if you want to refuse cookies but to avoid asking you again and again kindly allow us to store a cookie for that. You are free to opt out any time or opt in for other cookies to get a better experience. If you refuse cookies we will remove all set cookies in our domain.

We provide you with a list of stored cookies on your computer in our domain so you can check what we stored. Due to security reasons we are not able to show or modify cookies from other domains. You can check these in your browser security settings.

We also use different external services like Google Webfonts, Google Maps, and external Video providers. Since these providers may collect personal data like your IP address we allow you to block them here. Please be aware that this might heavily reduce the functionality and appearance of our site. Changes will take effect once you reload the page.